3 Keys to Being Resilient in the Eye of a Storm 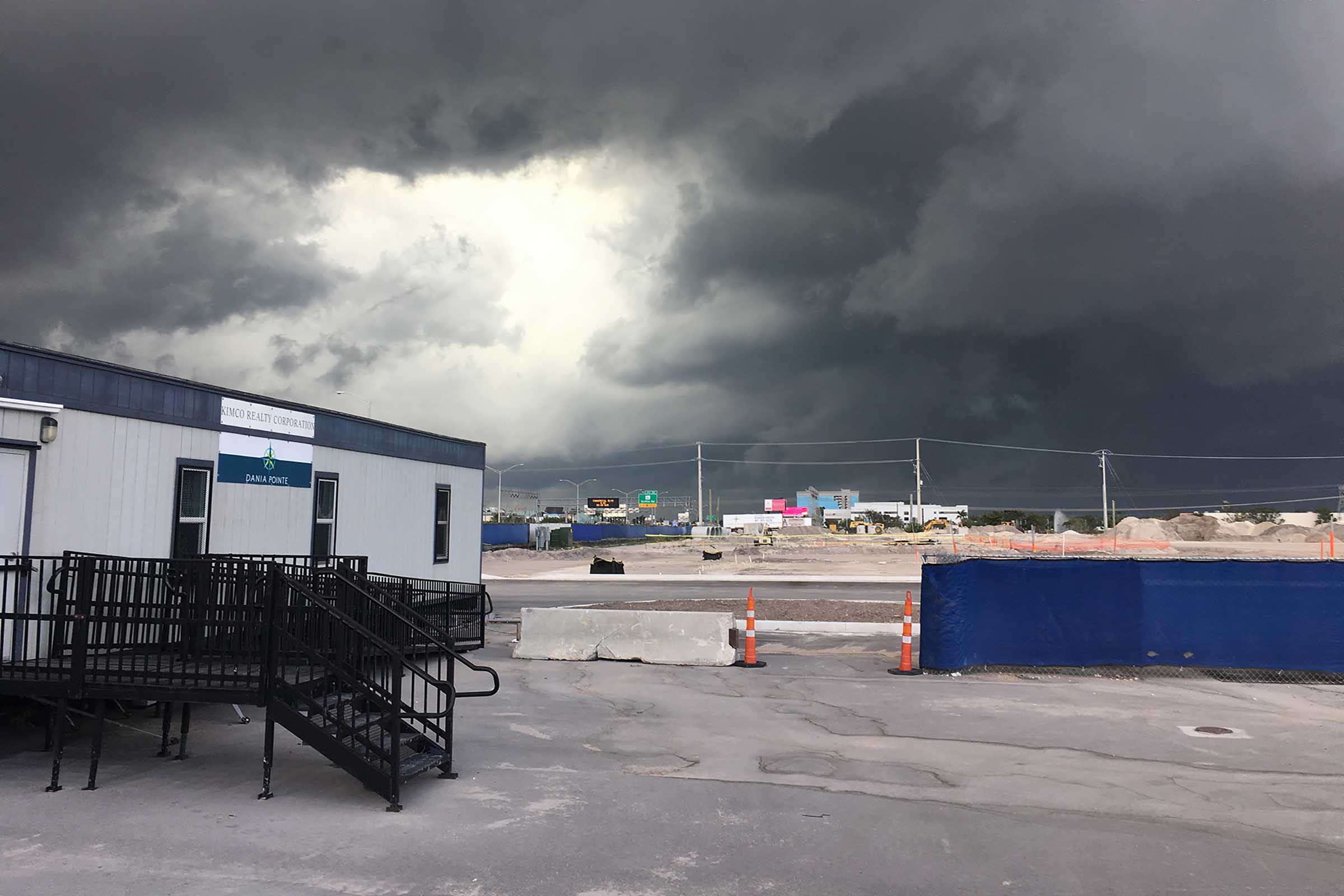 Resiliency has become a key word on construction sites across the Southeast, especially after 2017’s eventful fall. The memory of the two Category Four hurricanes, Harvey and Irma that hit within 10 days of one another last year, is still fresh in our minds.

When we talk about resiliency in construction, we’re talking about our ability to absorb, respond, and adapt to a disruptive event, and we can all agree that hurricanes are disruptive in many ways!

As an industry, we saw big changes after Hurricane Andrew, a Category 5 storm, devastated Homestead, FL, in 1992. That storm led to the development and implementation of Stringent Impact Resistant/Flood Proof building standards and codes, which are known as Coastal Impact Standards.

Recent updates to these guidelines include changes in the coastal wind zone designations, which added more areas to the High Hazard list. Projects within those High Hazard Areas are required to be constructed with features such as impact-resistant glass.

After Harvey, topics about flooding and stormwater detention also have been much more prevalent when discussing the design of built structures, or those in the process of being built, to help them withstand more in the face of a storm.

When a project is already organized, clean, and safe, then we don’t have to spend as much time preparing the site for a storm. Plus, since we have Site Specific Crisis Control Plans at every site, it makes our response easier and more systematic.

When working on high rise projects, like a lot of our work in Texas, we always must be prepared for strong thunderstorms and high winds. We began planning for Harvey the same way, securing all the materials that potentially could become airborne to lower the risk of damage to our project and other property around us. We also worked to make sure the buildings were sealed so that wind-driven rain didn’t cause problems. Then, with the forecasts changing, we started focusing our efforts on the possibility of flooding, and we moved temporary transformers to higher elevations and got water pumps ready.

With Irma, the forecast was changing daily, so we had to prepare sites across the state – the Panhandle, the West Coast, and the East Coast. At one project, we decided to take down the jib and machinery arm on a tower crane as a precaution. It was a decision that cost additional time and money, but the team decided it was better to be safe than worried the crane might come down in the high winds.

We follow “best practices” that we’ve developed over the years to keep our people safe and to minimize risk to our projects. After a storm, we look at our processes, review what we did, and examine what we can do better in the future.

This led to us to begin thinking about resiliency during our normal preconstruction process. Could we make our response even smoother by planning for temporary transformers or electrical gear? Could this be the norm?

We also realized that after the storm passes, many of our resources can be limited, none more so than our workforce. Harvey impacted every single person in the city of Houston in some way, whether their home was flooded or not. Roads remain closed for several days, making it difficult to drive to work without a very long commute!

In Florida, Irma caused gas shortages, also making it difficult for employees and partners to get to work, and many were without power for nearly a week. So, we’ve also been looking at ways to streamline communication and be more flexible with how, and when, we work after a storm passes in the face of these challenges.

With jobs all over Texas and Florida, as well as along the Gulf Coast and up the Eastern seaboard, this will continue to be a hot topic. By continuing to ask questions and refine our best practices, we will be better able to absorb, adapt, and respond to the next storm. We will be more resilient.