A Trusted Partner for Children’s of Alabama 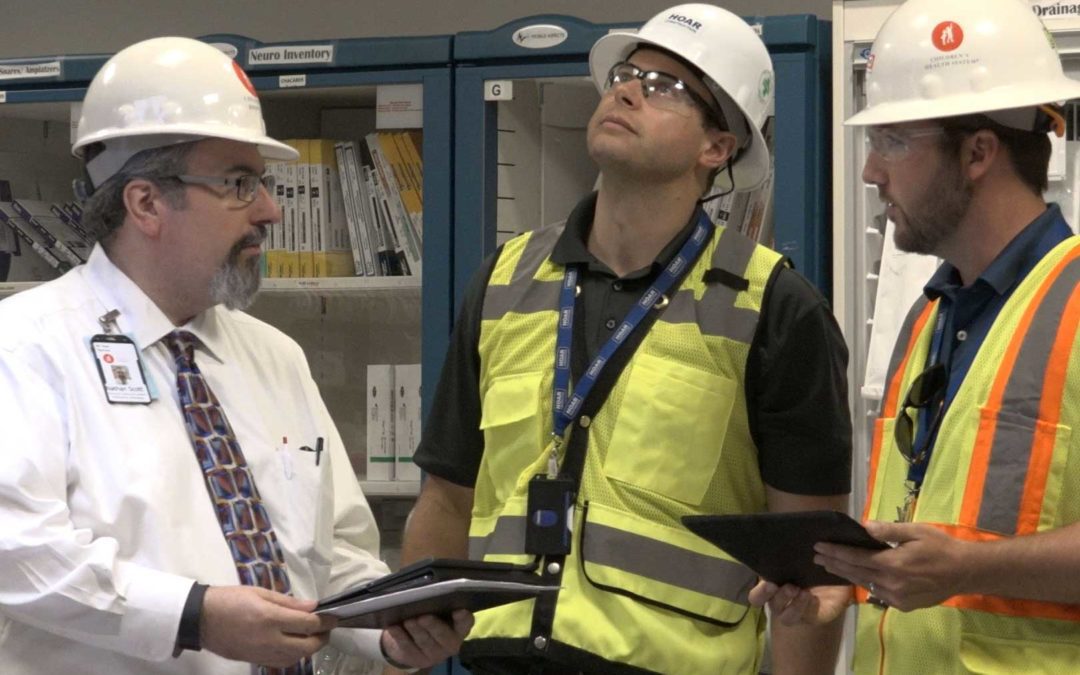 Since we completed the Benjamin Russell Expansion in 2012, we have completed 1,450 separate work order projects totaling more than $100 million. When Children’s opened the Benjamin Russell Expansion Facility (BRH) their campus essentially doubled in size adding more than 300 beds and 762,000 square feet. The existing campus was outdated and in need of finishes, infrastructure, and technology upgrades to match the new facility. There was also a significantly larger need now for maintenance and revolving building inspections which the current hospital staff could not manage on their own. So, Children’s turned to us again.

“Nobody really understands exactly what we do out here. This is a very different, outside the ‘norm’ type of project and relationship. We are essentially an extension of the hospital.”

“It has allowed me to reduce my staffing levels, yet increase my quality and response times for reacting to issues and daily routine work orders in the hospital,” said Bob Crumpton, Divisional Director of Engineering for Children’s of Alabama.

One of the reasons the relationship between Children’s and Hoar Construction is anything but typical, the project team has developed a set of procedures Moore describes as, “unique only to Children’s.” Once the Work Orders from the hospital started pouring in, the team quickly realized the standard contracting procedures they would normally follow didn’t allow them to react fast enough to meet the client’s needs.

“If they need us to go out there and start working on something tomorrow, we can’t tell them ‘We’ll do our best, but it’s going to take a few weeks to scope out and get the subs under contract before we can start,’” said Moore.

To be able to react to the client’s needs immediately, the team streamlined the process by strategically selecting the right trade partners and locked in unit rates with every trade that would be needed on campus. The team also created and implemented a comprehensive inspection program for all JCAHO required inspections.

“It is especially important to me because it allows me to have the assurance of quality from the supervision and management of projects, as well as the immediate use of support labor ready at a moment’s notice for the changing environment of hospital work,” explains Crumpton.

Because our project team and trade partners have been on campus for so long, we understand the facility standards and operations and have in-depth knowledge of the existing conditions. The team knows Children’s number one priority is patient care. No matter what kind of work we are doing, we have go above and beyond standard infection control requirements to keep the patients protected. Our work has to be carefully planned to ensure we never negatively impacting the patients or their families.

“You’re in an occupied hospital full of sick and injured children. There is no room for a mistake or wrong decision which could affect patient care, or worse. We have to always remain aware of our surroundings and the impacts we could potentially have.” explained Moore.

In the past several years, our project team has tackled more than a thousand projects, big and small – all of them helping Children’s of Alabama better serve sick children and their families. We continue to renovate the existing Children’s of Alabama hospital to match the state-of-the-art Benjamin Russell Hospital for Children and are constantly upgrading the infrastructure on campus. We’ve replaced roofs and renovated clinics and patient floors, updated outdated building systems, and connected existing buildings to the Central Energy Plant.

Some of the team’s trade partners even don capes and masks to scale buildings and wash windows. Our team spends thousands of man hours every year putting out Christmas decorations and helping with fundraisers and special events. To us, our job at the hospital is about doing more than maintaining the campus; it’s helping improve the experience of the children being treated inside. We know the doctors, nurses and staff at Children’s of Alabama are the superheroes and we’re proud to be the hospital’s chosen sidekicks.