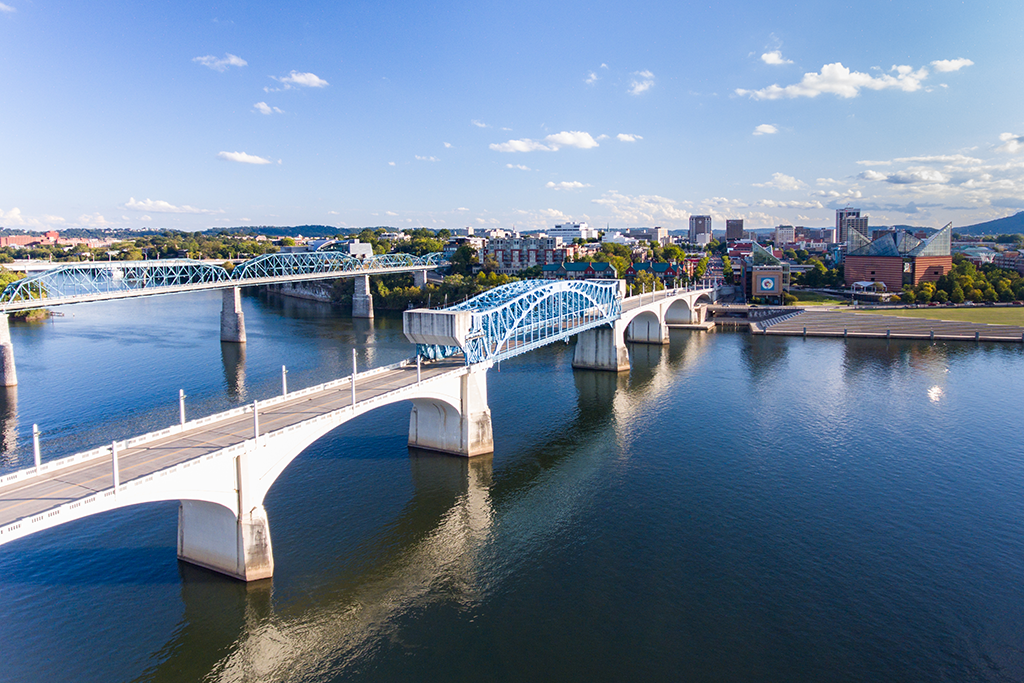 By Will Gaither, Project Executive

Several years ago, while working with another company, my family and I were transferred from Atlanta to Chattanooga. To be honest, we weren’t sold on the idea at the time. My wife and I had the reaction, “Of all places? Chattanooga?” While the move from a major metro to a city with a fourth the population seemed unappealing at first, as soon as my family got here — we didn’t want to leave. In fact, when it came time for me to move again for work, I took an opportunity with Hoar instead so my family could stay here while I continued to build new developments for the city.

I’m not alone. In the last decade, Chattanooga’s population has grown more than 8%. The city has been ranked as a best place to live in publications like National Geographic, the New York Times, and Southern Living. What’s the appeal? Chattanooga checks just about any box a person could have when searching for a new hometown. If you’re looking for nature, we’re surrounded by rivers and mountains. In fact, reports show there’s more rock to climb within a 25-mile radius in Chattanooga than in Boulder, Colorado. We’re a short drive from major cities but maintain a smaller-town personality which comes with less traffic and crowds.

We’ve written about mass migration to other southeastern cities like Dallas and Nashville, but what sets Chattanooga apart is it remains a mid-size city. That distinction adds to its appeal in many ways but also requires a fairly significant amount of development to keep up with the growing population. Here’s the major types of development we’re seeing in Chattanooga now:

Some of the larger cities experiencing population booms are used to large numbers of people and may not need to complete immediate infrastructure improvements. Chattanooga on the other hand, has a population of just over 180,000. By infrastructure, I’m referring more to hospitals, municipalities, and schools. As the population grows, more people are seeking out healthcare and pursuing higher education so naturally we’ve seen expansions in those sectors. The airport has undergone expansions and continues to grow to meet the demands of a growing number of travelers. The University of Tennessee at Chattanooga is expanding again with a new athletic facility and arena. There’s talk about possibly building a federal courthouse. These types of additions and expansions are vital to serve a growing number of people calling the Scenic City home.

One of the reasons behind the boost in population is companies building offices and facilities in Chattanooga. We’ve seen companies based in New York, Chicago, and LA look at building satellite offices here to take advantage of features that employees might enjoy — the less populated city and of course, the lack of income tax. Volkswagen has expanded their operations in Chattanooga with a massive new manufacturing plant. Gestamp also recently completed a new manufacturing facility here. There are many other industrial projects going on now in the area, including a major revitalization project of an abandoned industrial park — increasing the amount of new, usable industrial space in the city while creating new jobs.

Just like real estate markets across the country, the number of houses is going down and the prices are going up. With an influx of people moving to Chattanooga, there’s an increased demand for multifamily living. There are several condominium projects planned along the river and we’re seeing new apartments, townhomes, and more condos being built now. The difference with the multifamily projects we’re seeing here compared to other cities where the demand is also high is the size of the projects. We’re not seeing high-rises or large-scale apartment towers. Chattanooga is a medium-sized city, and the multifamily projects are following suit — low to midrise developments with fewer units.

Once you build the essentials (residences, offices, municipal buildings, hospitals, and schools), growing cities have to build new and exciting places to entertain residents. There are two major developments planned in the next 5-10 years for large, mixed-use developments that will offer a little bit of everything listed above plus music venues, entertainment, shopping, and dining. I expect to see developers get the approval soon to relocate the baseball stadium downtown which will trigger new growth around it like retail, hotels, apartments, and restaurants.

As you can see, there’s a little bit of everything being built in Chattanooga right now. The difference is you won’t find 40-story high-rises or $500 million projects being planned for this area. The growth in Chattanooga right now is a great opportunity for developers looking for more mid-size investments in a highly sought-after area that is affordable and profitable.