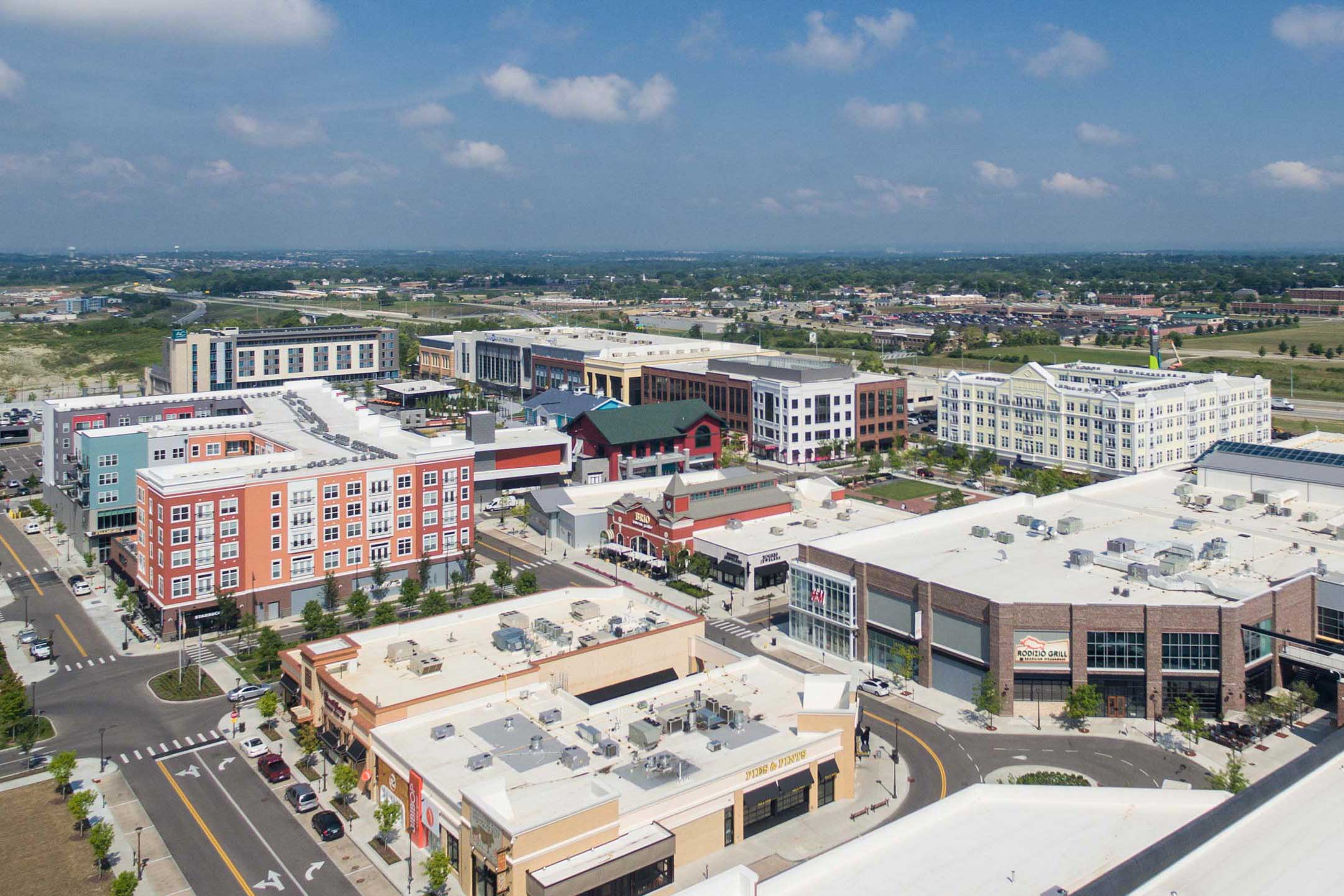 Large-scale, mixed-use projects are being developed all over the country. They offer close proximity to shopping, working, and living, creating the feel of a community within a community. These mega projects have many of the same mega challenges no matter where we’re building.

Placemaking is exactly what it sounds like: creating a sense of place or making a newly created area into a community that people want to call home. Much of this occurs in the design phase at the start of the project and generally includes pocket parks, open spaces, and entertainment areas. But sometimes the ability to create a feeling for a space comes during a project. At Butler Town Center, we suggested a patterned concrete versus the standard gray for a walkway into the newest group of buildings.

The importance of getting community buy-in around a project is huge, especially since those close neighbors are the ones who will be impacted by increased traffic and noise during construction. When we were building Liberty Center in Cincinnati, OH, we had some special neighbors we had to consider – a children’s hospital just across the interstate. We had 14 cranes on site at one time, and we were near the airspace and their helicopter landing pad. We had to coordinate with the hospital to ensure they had no issues getting patients in and out as quickly as possible. We had to think about drones, and how and when we were flying those. Seems like a small thing, but it makes a big difference to our neighbors!

Ah, the non-glamorous part of any building project! No one wants to hear storm drainage, water lines, culvert relocations… But at our 105-acre Dania Pointe project near Fort Lauderdale, this has been a MAJOR portion of our first phase of work. We’ve installed 20 miles of underground storm drainage and underground exfiltration trench, seven miles of waterline infrastructure, six miles of underground electrical and communication infrastructure, and two miles of sanitary force main. We relocated 3,200 feet of 72-inch culvert draining a major interstate, added two new city pump stations, and drilled 28 deep injection stormwater wells. All of this was done to ensure the community could handle the additional people and businesses that will come with an additional one million square feet of commercial space!

Getting Customers from Point A to B

This can be one of the biggest challenges of all for these new communities. Depending on where they are being built, the roads may or may not be ready to accommodate additional traffic. In the case of our Celebration Pointe project, we completed an interstate bridge that gives shoppers an alternative entrance to the development, alleviating congestion at the interstate exit. Building a bridge over the second busiest interstate in Florida was difficult work and took lots of planning, coordinating, and attention to safety, especially when temporarily closing lanes on I-75.

Mega projects, mega challenges. When it comes to complex projects we’ve seen a lot and solved a lot, finding answers for our owners and their neighbors.