Mixed-Use: A Solid Investment for the Future 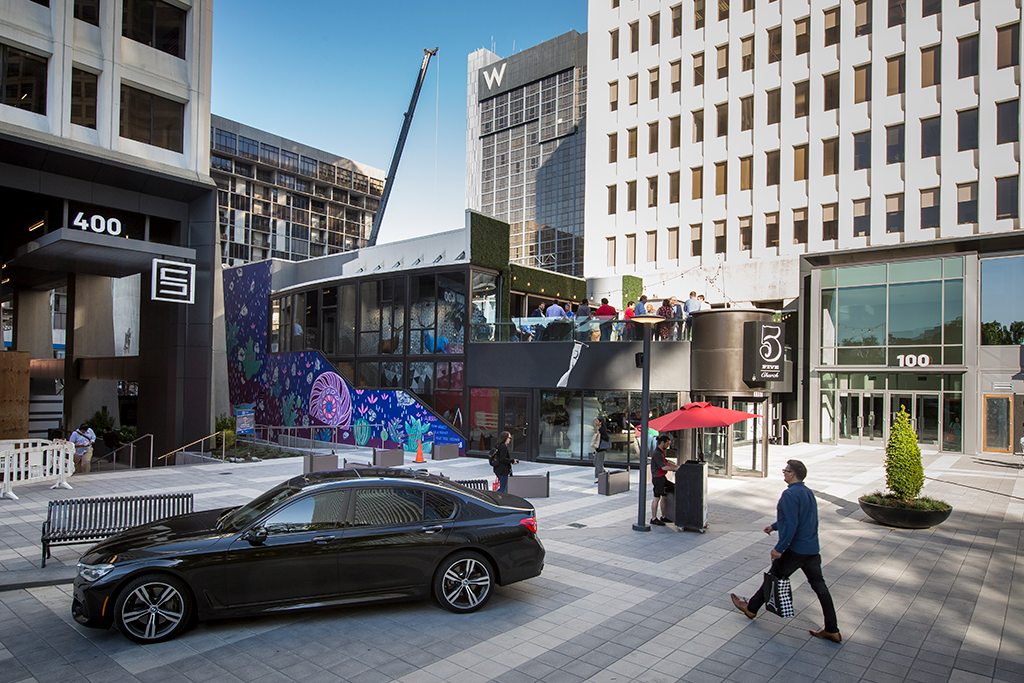 Mixed-use developments are booming. As retail has evolved over the last few decades, there’s been some predictions that traditional, brick and mortar mixed-use developments would take a dive. But that’s not the case. In fact, the mixed-use market sector has remained active consistently. Why? Well for one, there’s a reason we call most developments mixed-use not retail. Commercial construction developments have evolved, and many market sector lines have been blurred. Most projects today have some secondary use for the building. If we build a multifamily tower, there’s almost certainly a retail, office, and/or dining component on the first floor. Office buildings share space with retail tenants. Mixed-use projects are booming because the majority of the projects we’re building in busy, urban, and even suburban areas are being planned for multiple uses — whether that’s live, shop, work, or play. In short, most commercial developments are mixed-use.

Downtown cities have evolved themselves. Years ago, you use to walk through a sea of high-rise apartment and office buildings in busy, urban cities where the first floors were lobbies or private access only. Now, as people who live, work, and visit downtown want more walkability and access, first floors are seen as prime-time real estate opportunities. In fact, many of the city design review boards want to see the ground level of taller buildings activated to the public at the street level with retail, transit stations, open space, or community center facilities. So these items are being incorporated in the designs for new projects.

The push for more walkable urban areas has led many cities to expand trail systems that connect suburban areas to downtown. Birmingham is building another expansion to their 125-mile Red Rock Trail System that will connect more neighborhoods by walking trail to the downtown area. Atlanta is building the extension to the Atlanta Beltline, extending the trail to connect more neighborhoods. In Nashville, the Greenways Master Plan includes expanding the trail network by adding more than 100 miles of trails by 2027— some of those direct urban connectivity paths. I expect we’ll see an increase in multifamily, office, and mixed-use developments along these trail expansions as developers see the opportunity for increased population and traffic. As crowds start to fill these new extended paths, they will be looking for places to shop, eat, live, and work — making these locations an investment opportunity.

In addition, we’re still seeing the redevelopment of existing retail spaces into more modern features. Big box department stores turned into movie theaters or multiple street-facing retail spaces. Entire retail spaces are being torn down to build something new. Further away from the cities, towards the suburbs, there are plenty of new, green-site retail developments being built. Consumers still want the convenience of the many different building types in a single location with a unique experience to accomplish multiple tasks wherever they are — whether that’s the neighborhoods they live or the downtown spaces they frequent. That’s why the mixed-use market is, and will continue, to boom.