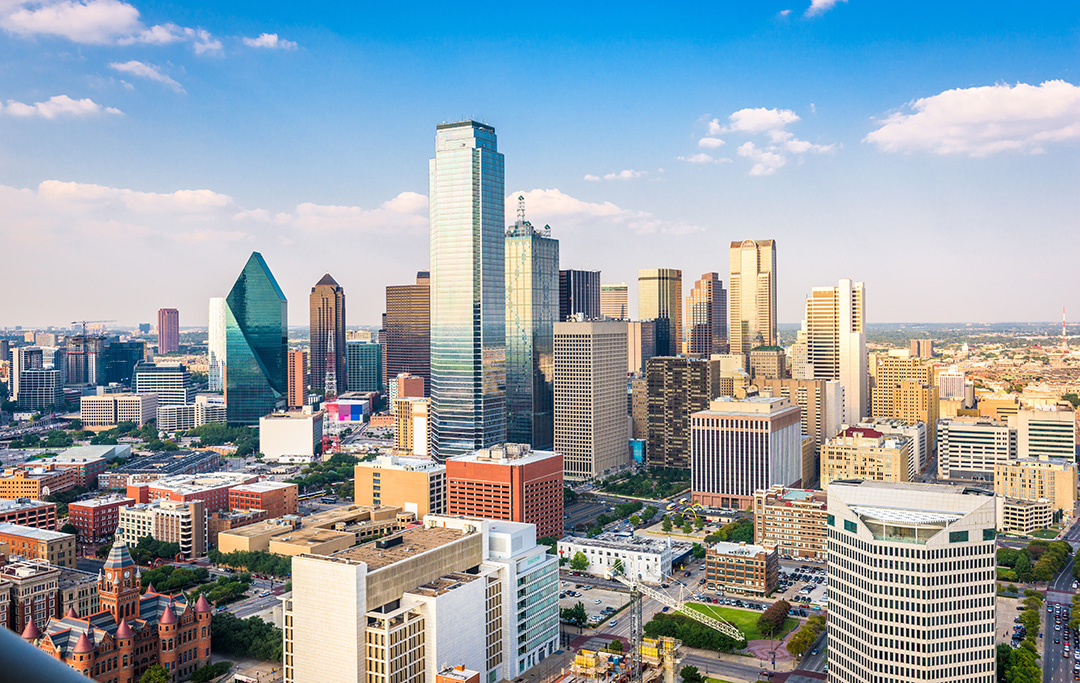 For those of us that live or work in the Dallas-Fort Worth area, it’s no secret that the metroplex is growing. Data shows DFW gained more than 1.3 million new residents in the last decade — ranking first among U.S. metro areas for largest number of new residents. In fact, 75,000 new residents moved to DFW in 2020 alone. Part of the drive behind the migration to this area was certainly the pandemic as people found they could work anywhere and moved to new cities. Another major factor is the economic growth the metroplex has experienced. There are now 24 Fortune 500 company headquarters, coming in behind only New York and Chicago. It’s no surprise that level of growth is driving a significant number of new projects across the area. Here are the most active construction markets we’re tracking right now in North Texas:

Let’s start with the no-brainer. With more than 1.3 million more residents in a decade, the residential market is bound to be active. The single-family real estate market is unlike anything we’ve seen in recent history, not just in north Texas but across the country. That, combined with a large percentage of the new population who want to live and work in busy, urban areas, is driving a demand for new multifamily towers across DFW. The metro saw $10.7 billion worth of apartment and commercial construction in 2021 — a 45% increase from 2020. We are seeing no signs of the market slowing down any time soon, which is pretty remarkable considering how many new multifamily projects are already underway or planned for the next few years.

With two dozen Fortune 500 company headquarters and the overall increase in industrial warehouses and distribution centers happening across the nation, the industrial market is unsurprisingly incredibly active in DFW. This report shows that the 11 largest industrial projects currently under construction in DFW total 10.75 million square feet. Hoar’s North Texas office has priced multiple new industrial warehouse projects in recent months for multiple clients. North Texas provides a great opportunity for these kinds of companies. Outside of the dense city center, there is a lot of available land that offers the square footage capacity, a large population to hire from, and plenty of residential options for employees to live.

The suburbs of DFW are getting so large that residents want and need their local, community hospitals. A new, $120 million, 85,000-square-foot hospital is in the planning stage in the fast-growing suburb of Celina. HCA Healthcare announced they’re building a new Medical City hospital in the DFW area, one of five they’re building across Texas. Hoar broke ground this month on a new rehabilitation hospital in Prosper, a town that has more than doubled in size in the last 10 years. We’re also seeing major healthcare systems expanding or planning to grow their existing campuses to keep up with the growing population and better serve their patients’ evolving needs. From ground-up hospitals to renovations and additions on existing facilities, we’re seeing every type of healthcare project being planned or already under construction across the metroplex.

It makes sense that if developers are building places for the growing population to live, work, and receive healthcare, they also need to build retail and entertainment destinations. The mixed-use and retail market is very active in North Texas. While we are seeing some new, green field retail developments, like West Grove being built now in McKinney, we’re also seeing many developers rehab and renovate existing properties to attract new businesses. Older malls and retail centers are being adapted to house retail, office, hotel, restaurant, and multifamily space — all on one plot of land. The live, work, play model is still very popular in the mixed-use market and clients are buying properties and turning them into profitable destinations across North Texas.

If you had told me five years ago when we completed The Ascent Victory Park across from American Airlines Center that the demand for new multifamily projects would not only remain high, but increase exponentially, I might have called you bullish. However, Dallas-Fort Worth continues to grow and is projected to maintain the same growth rate into the next decade. Reports indicate the DFW population could grow by as much as1.4 million residents by 2029. It’s safe to say the multifamily, industrial, healthcare, and mixed-use construction markets will also remain active to support that level of growth.