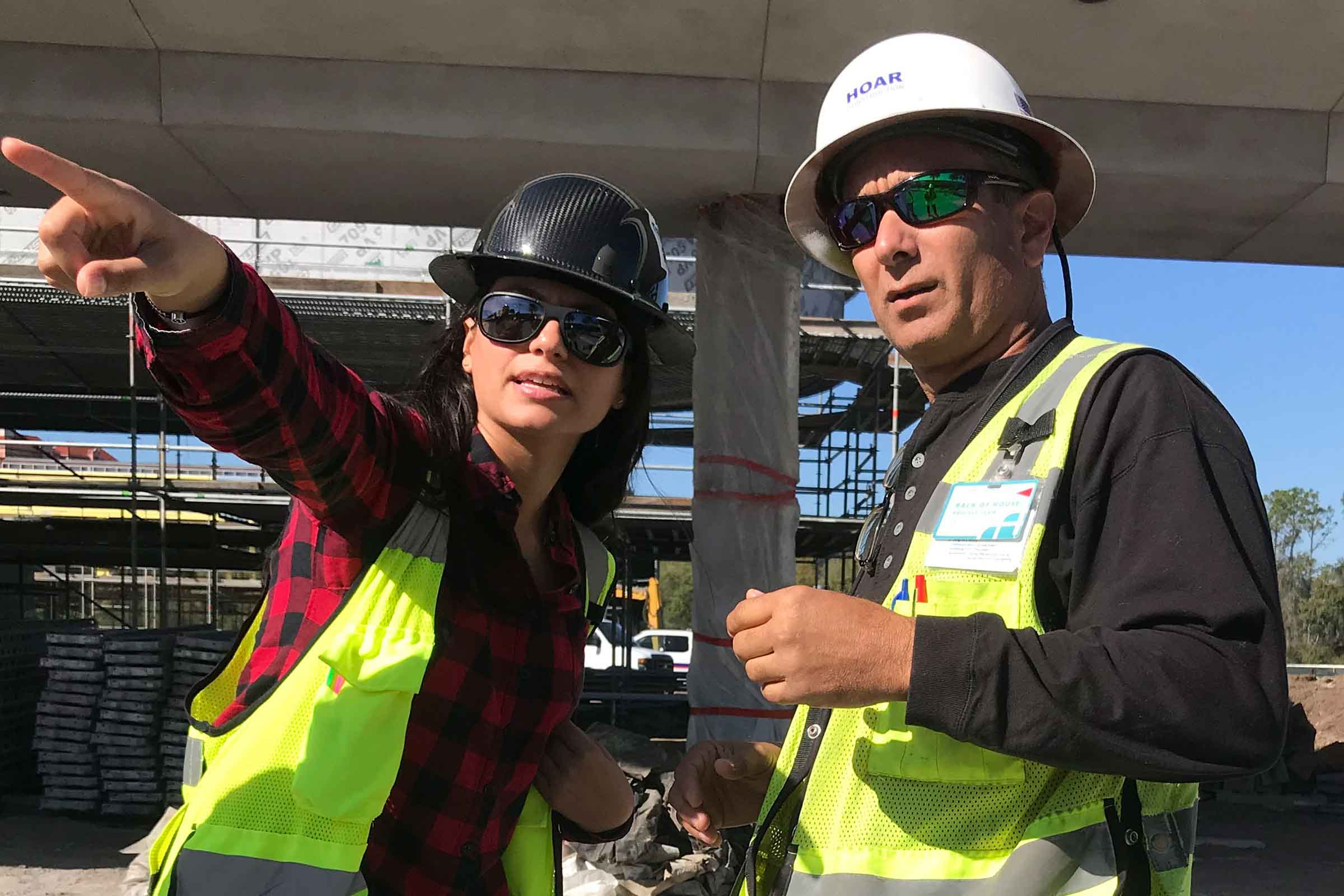 We’re celebrating Women in Construction this week, so it’s only fitting that we talk about how women are contributing to and making a difference in our industry.

Women are definitely increasing in numbers in construction. With labor shortages at an all-time high, many companies are turning to women to fill job openings. This is not only promoting diversity on our job sites, but it’s also giving many women a boost in pay. According to the Bureau of Labor Statistics, the average U.S. women makes 81.1 percent of what men do, but in construction, that number rises to 95.7 percent. So, while only 9.1 percent of workers currently in the construction industry are women, the numbers are going up!

If you’ve been following us on social media this week (Facebook, Twitter, LinkedIn, YouTube, Instagram), you know we’ve been out and about talking with young women about the potential of a career in construction. We’re talking with some tweens at the Austin Public Library next week! We’ve found the earlier we begin talking to girls, the more interest they will have in the industry. We’ve even heard that from our own employees.

“I have always been interested in science and especially the practical application of science,” said Allie Shacklett, a project engineer in our Nashville Office. “So I went to school for civil engineering at Auburn.”

Project Manager Diana Love said her dad was a big influence on her choice to major in engineering because of his passion for home building and home repair. “There are photos of me in diapers helping him paint our basement!” Diana said.

Many of the women working at Hoar have gotten here through other avenues. For Administrative Assistant Misty Monceaux, a move from New Orleans to Houston saw her looking for a new opportunity.

“Living in New Orleans, I became a huge fan of the architecture, and I always thought seeing the process of a building’s construction would be a great experience,” she said. When she heard about an opening at our Houston Office, Misty applied, and has now been with our team for three years.

“My husband was working on a Hoar project and they needed a receptionist,” Casey said. “It was the best decision of my life. I had no idea how much I would love working in construction!

It brings me great pleasure helping people, watching a building being constructed from the ground up, and being part of such a great accomplishment.”

Having more women in the industry also benefits the bottom line. According to a Peterson Institute for International Economics study, firms that went from having no women in corporate leadership to a 30 percent share had a one-percentage-point increase in net margin — which translates to a 15 percent increase in profitability.

“I have had multiple men in the industry say ‘how great it is to see women in a project management position,’” Allie said. “As a minority, it is empowering to hear people want to see more diversity.

In the past, it sometimes felt like a competition. Women against women to see who would be awarded the job, but now it’s an encouraging atmosphere. We are here to support one another and push each other, the company, and the industry forward.”