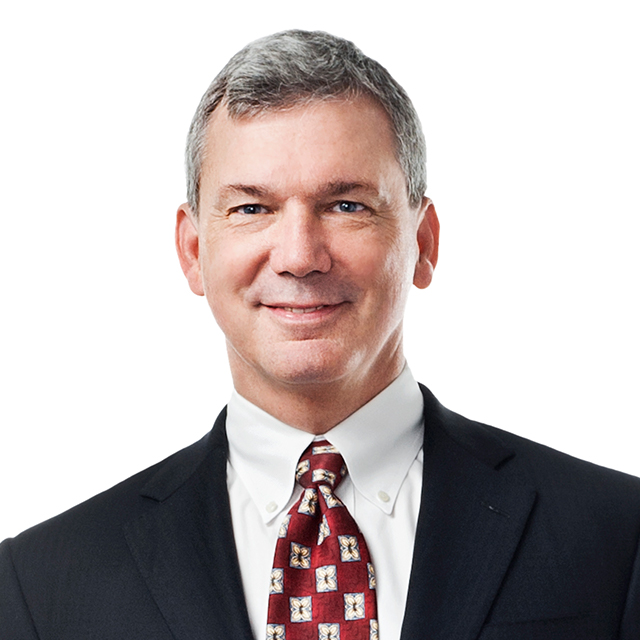 Rob Burton began working at Hoar Construction when he was 13 years old and has seen the company through one of the nation’s biggest economic disasters, leading Hoar Construction to emerge stronger and more diversified. Rob took advantage of his early hands-on training, learning not only the skills but also to love building things. He considers himself fortunate to have seen jobs go together literally from the ground up before he was old enough to drive.

After graduating from Auburn University with a degree in Building Science, he joined the firm and began to take on more and more responsibility. Rob’s hard work and dedication to the company resulted in his being named President in 1996, then CEO in 2001. Under his leadership, the company has expanded, increasingly taking on larger and more complex projects, opening offices in several geographic regions, and significantly increasing revenues.

He has served the community through his work with the Birmingham Business Alliance, the Birmingham Zoo, Lakeshore Foundation, and Kiwanis Club of Birmingham, the MS Society, and the Monday Morning Quarterback Club. He serves on the Board of Directors for Regions Bank, Protective Life, and the American Contractors Insurance Group. He also serves on the Executive Committee and Board of Directors for the BBA. 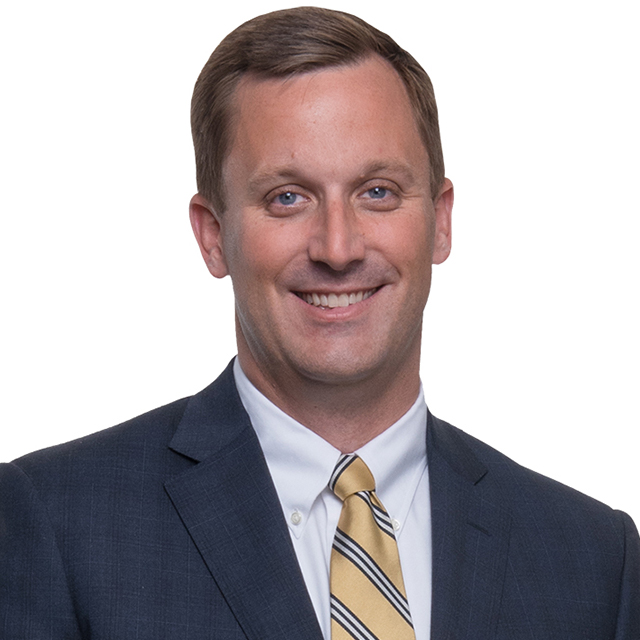 Turner began his career in construction while a student at Auburn University. After receiving his degree in Building Science, he joined the firm full time and has served in a variety of roles, culminating in his current position as President. His commitment to the company’s values helps him focus on supporting employees and promoting a culture of customer service to clients and other partners.

Since becoming President in 2018, Turner has led our company to achieve its most diverse portfolio ever and put a new leadership team in place to guide our sales and marketing teams in a united business development strategy. He’s challenged our teams to create a better client experience through leadership throughout the entire development process. Turner also oversaw the development of a new, company-wide employee training and development program.

With a life-long commitment to giving back, Turner is active in several civic and community organizations. He is a member of the Rotary Club of Birmingham, a member of the Monday Morning Quarterback Club, and is very involved with Boy Scouts of America, Southern Research, Preschool Partners, and March of Dimes. 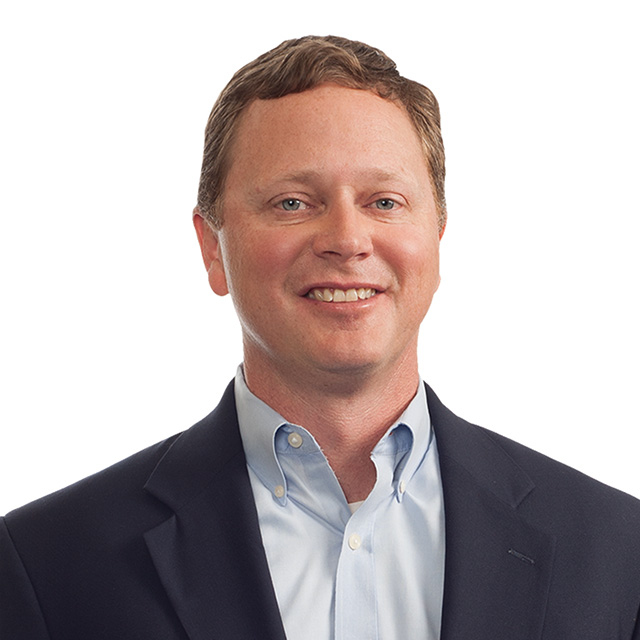 Randall began working in construction as a co-op for local construction companies while still in college. Shortly after graduating from Auburn, Randall launched a long and successful career with Hoar Construction, beginning as Project Manager with teams that built large retail centers. During his 29 years with Hoar, he has gained a broad base of experience across market sectors, including starting a new division to work with the federal government and managing more than 5 million square feet of projects.

In 2018, Randall was named Chief Operating Officer in addition to his Executive Vice President role. He is responsible for day-to-day operations and overall management of Hoar Construction. One of Randall’s other top priorities has always been recruiting and retaining top talent within our industry to continue our company’s success and overall growth.

Randall serves on the national board of directors for Associated Builders and Contractors (ABC) and is the past state chairman of the board for ABC Alabama. He is also a member of the Executive Advisory Board for Auburn’s McWhorter School of Building Science and the Camp Smile A Mile board. In the past, he has served on the board for Cornerstone Schools of Alabama and currently serves on the board of directors for BigTime Ministries. He is also an Army National Guard veteran. 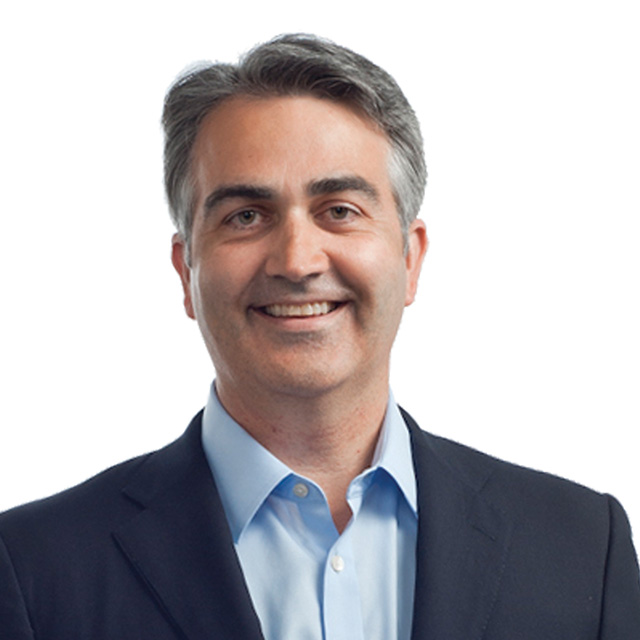 Doug Eckert came to Hoar more than a decade ago from Birmingham’s largest law firm, where he served on the Executive Committee and ran the International Practice Group. As a partner in the firm’s internationally-recognized Construction and Procurement Practice Group, he represented primarily large general contractors in their everyday business.

As EVP and Chief Administrative Officer, Doug is responsible for many of the company’s shared services, including legal, risk management, and human resources. He holds risk certifications and is active in many legal organizations. A certified mediator and arbitrator who has written and lectured on international arbitration, Doug once served as the North American representative for the London Court of International Arbitration.

Doug has served on several corporate and non-profit Boards, including Magic Moments and Children’s Harbor, because he is especially committed to children’s charities. He is currently a member of the Executive Committee of the TumTum Tree Foundation, the longest-running wine auction dedicated to raising money for children’s charities in America. A big supporter of his alma mater, The University of Virginia, Doug currently serves as a trustee of the Jefferson Trust, making catalytic grants in support of innovation and leadership, as well as serves on the Board of the University of Virginia School of Law. 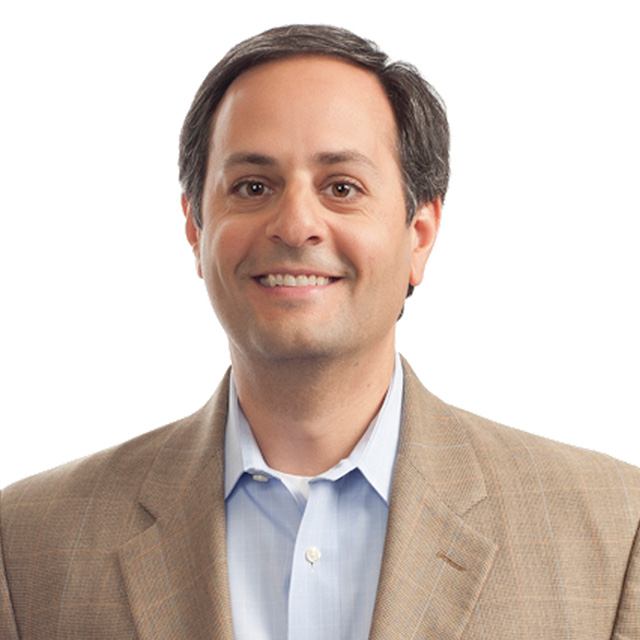 Jeremy Di Piazza joined Hoar in 2006 after serving as EVP and Director of a regional banking company where he developed an expertise in financial analytics while working on M&A assignments and leading a multi-billion-dollar credit products group in the bank’s Mid-Atlantic region. While at the bank, he came to know the management team at Hoar and was drawn to their commitment to each other and their values. Jeremy has responsibility for all of the company’s financial matters, including reporting, forecasting, treasury management, accounting operations, investments, and balance sheet management. He successfully navigated the company’s financial affairs during the most difficult financial recession the company has ever seen. With a focus on efficiency, results, and stewardship, he also led the effort to create a holding company structure which established five operating businesses (construction, program management, construction equipment, aviation, and investment/insurance activities). Jeremy holds a master’s degree in business administration from the University of Alabama at Birmingham and a bachelor’s degree in finance from The Culverhouse School of Business at The University of Alabama.

His community involvement has led him to serve on the board and as chairman for multiple charitable organizations as well as maintain membership with the Construction Financial Management Association and the Risk Management Association. He is a past Chair of the National Multiples Sclerosis Society in Birmingham and current Vice Chair of Fraternus Inc. and a member of CFMA and Kiwanis Club of Birmingham.