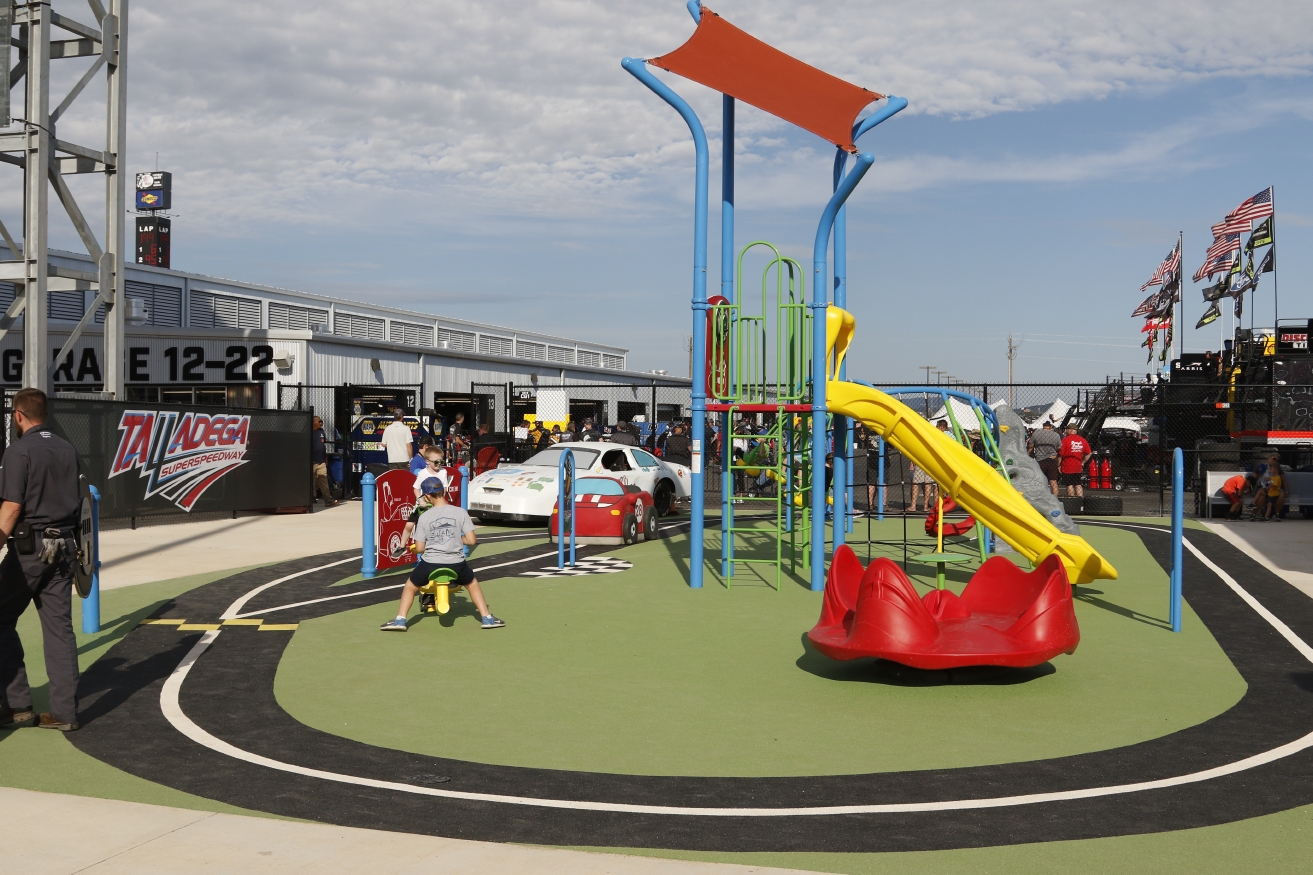 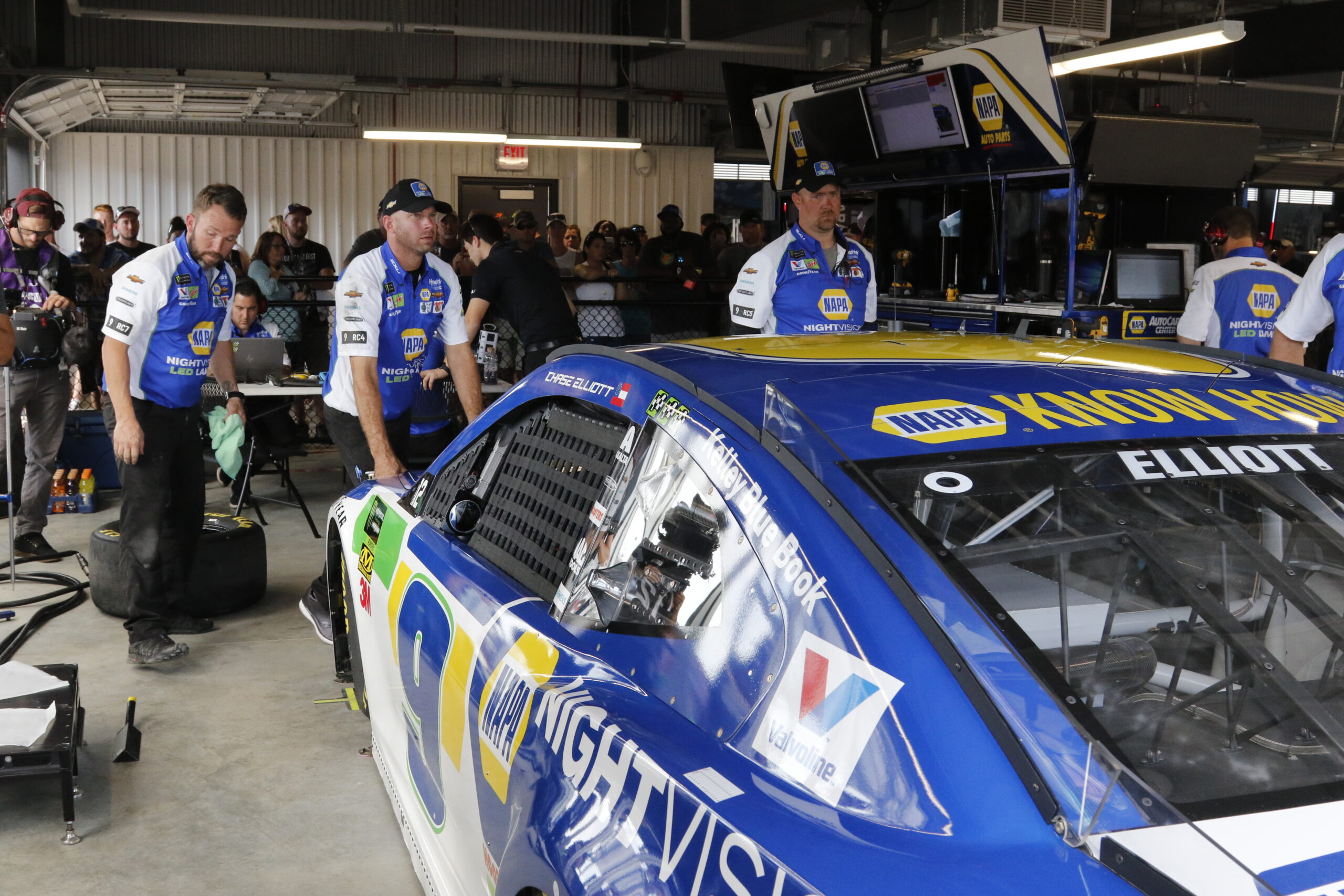 One of NASCAR’s most popular and competitive racetracks went through an infield transformation which will allow hundreds of thousands of fans who make the journey annually a chance to get closer than ever to NASCAR’S top drivers and teams via an open-air fan club.

This pre-engineered fan club is approximately 35,000 square feet and was named BIG BILL’s in honor of NASCAR founder William H.G. “Big Bill” France who built Talladega Superspeedway back in 1968. It features an 80-foot-long bar, along with a variety of seating areas; a host of food vendors, and a 41-foot diagonal video screen. On each side of the fan club, there are 11 bays of NASCAR Cup Series garages, 21 total, for fans to immerse themselves in the sport and witness the top teams and drivers as the cars are prepped in the garage stalls prior to the race. Patrons also have the luxury of viewing pit crew interactions during the race.

In addition to BIG BILL’s, the new infield transformation also included the demolition of 5 existing buildings as well as the removal of an above-ground service station. It also includes the construction of 4 garages to house the remaining cars in, an office garage, an inspection station, 4 concessions stands, two NASCAR hauler lots as well as a new Victory Lane. The new Victory Lane will offer fans from the grandstands, as well as those in the garage fan zone, a closer view of the winner. All of the buildings were pre-engineered.

Timing for the project was critical as it needed to be ready in time for the track’s 50th Anniversary and October’s 2019 fall race. We delivered this transformation within 5 months on time and within budget; which we consider to be a big accomplishment.